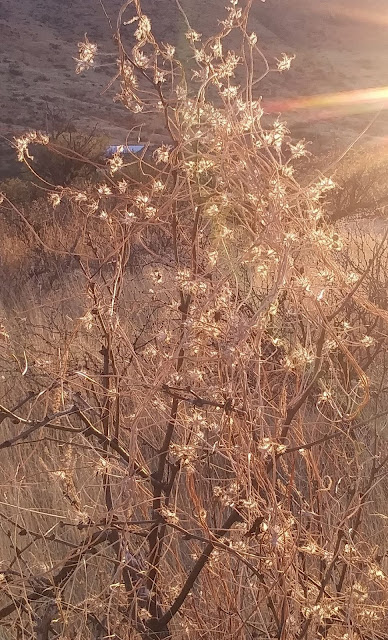 I hope the backlighting of late afternoon sun shows you what I see every day here on dog walks. Most of the mesquites out on the range are untidy shrubs rather than stately trees, but many of them are strung with morning glory vines that look, to me, when the light hits them just right, like strings of stars, each seed pod (having opened to release its black seeds) a five-pointed star. Most of the seed pods appear in pairs. I looked for single pods to photograph, thinking they would show the star effect better, but it's really the overall effect (top photograph), I think, that gives the best impression of what my eye sees. 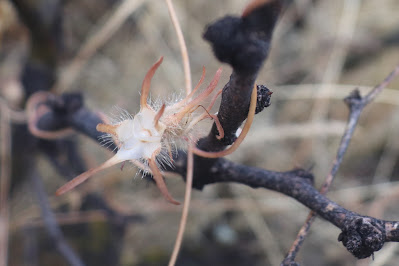 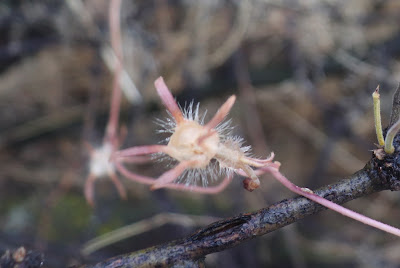 I'm coming back to add a photograph that is not one of my own but one a neighbor sent me this past summer. It shows the morning glories in bloom in the wash, the vines winding through the green of the mesquite. Very different, isn't it? 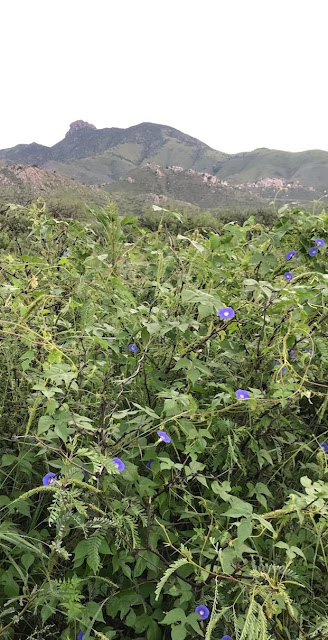