An Exciting Morning in the Neighborhood 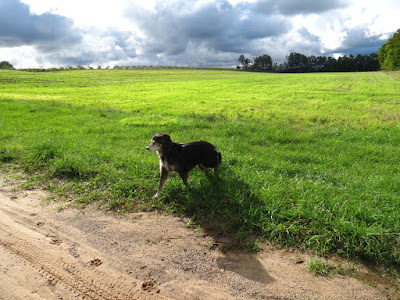 Saturday dawned fresh and cool, the world washed clean and clear by overnight storms. Crows brought life to the morning skies and filled the air with their calls. 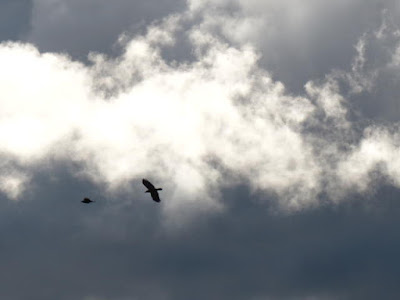 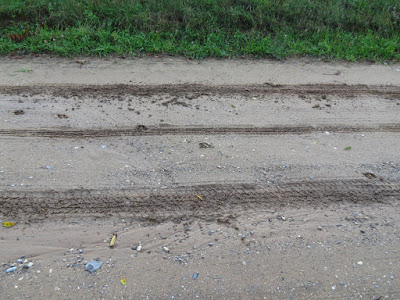 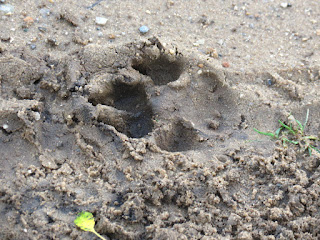 Sarah's (and mine) were the first tracks on the rain-wet road, other than those made by the tires of a vehicle that passed before we arrived. Some people would never want to track with a dog, I know. Doesn't she mess up the evidence of what's gone before? Sometimes, possibly, but watching her and examining her tracks is a learning experience, too. In the first shot above, the distance between tracks makes clear that she was running, as does the deepness of the front of the print at left. When we returned not many minutes later, Sarah's track (below) looked different. Do you see what happened in the interim? 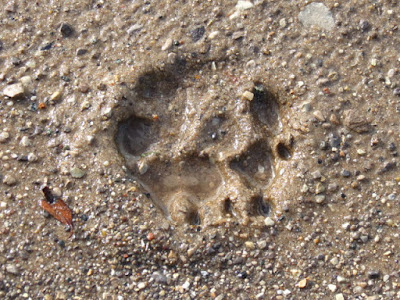 There was no sign of sandhill cranes on the road, but I kept hearing them and looking up, expecting to see them flying over the orchard. They were in the neighborhood. But where? Plenty to see on the ground, anyway. 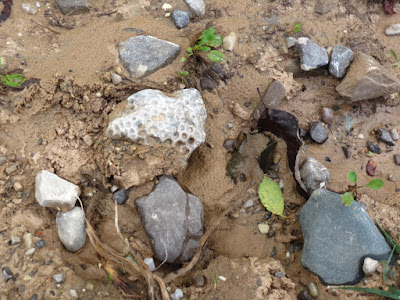 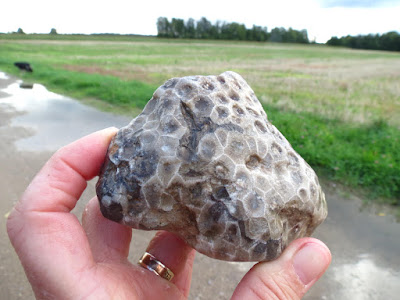 Another reminder that not all Petoskey stones are found on the beach. After all, our whole neighborhood was underwater long ago.

But there were those cranes calling again. Where were they? Not in the orchard, not in the corn. 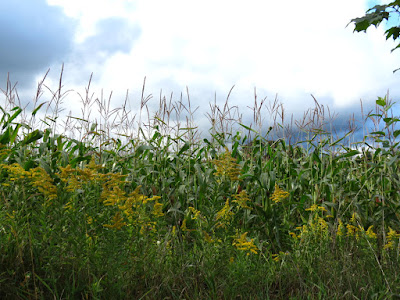 At last, farther than I had thought, at the far side of a field bordering Jelinek Road -- 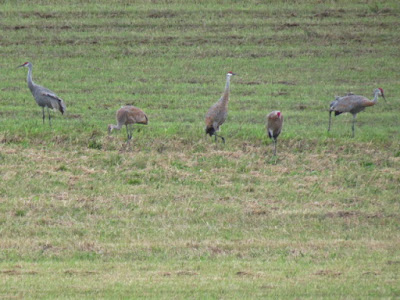 Very satisfying! And then it was time to go to work. 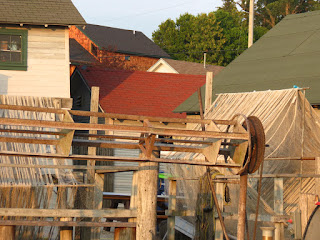 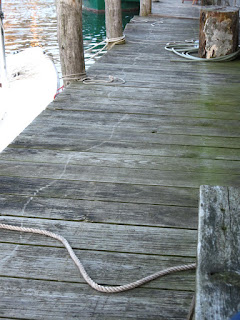 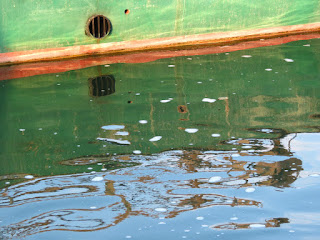 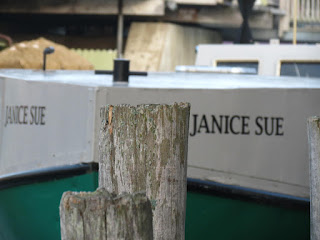 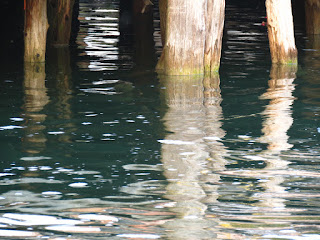 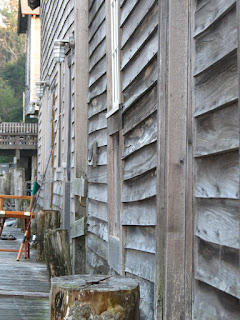 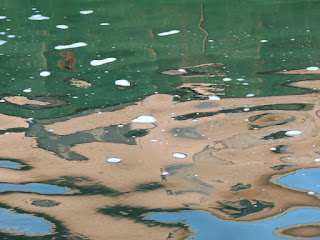 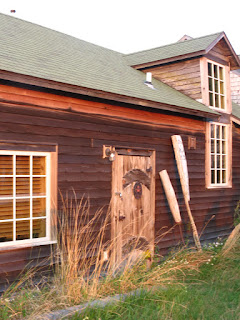 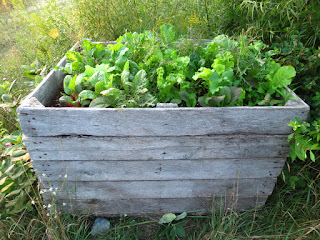 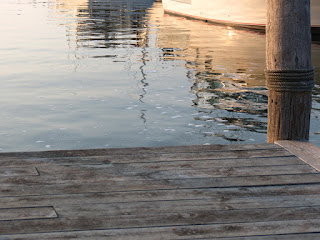 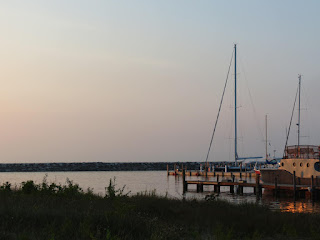