My Favorite and Her Court 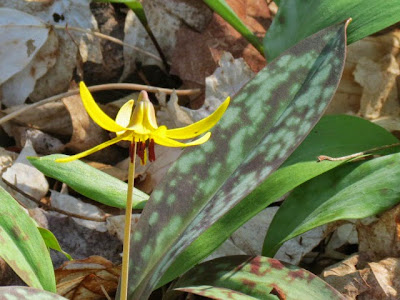 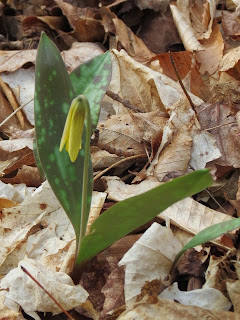 One of the problems with having a favorite wildflower is that one’s favorite changes with the advance of the season. It’s true: here and now I admit that my love for and of the trout lily is not a constant passion and will give way shamelessly to other blooms in the weeks ahead. But for now she is my queen, beginning with the early appearance of the trout-spotted leaves and first flowers with their heads shyly bowed. 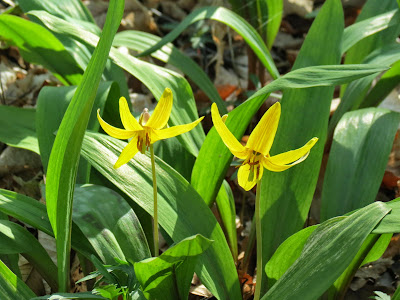 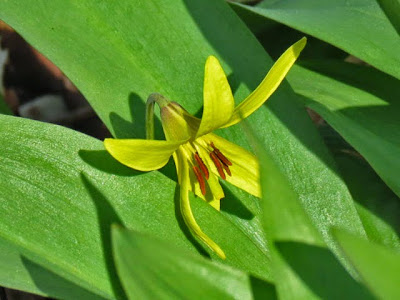 Trout lily, also known as dogtooth violet, Erythronium americanum, often hides among wild leeks, a.k.a. ramps (see above two images), where the yellow flowers rise from a bed of green leaves not their own. The leek leaves are bright green, and their flowers come later in the season; trout lily's leaves are speckled like trout.

Spring beauties have been known to pull the same trick, hiding among the leeks, in my neighborhood woods, although my portraits of them below do not show them in camouflage but pretty clearly on their own. Spring beauties – what a perfect name and what perfect little flowers to play court to my queen! 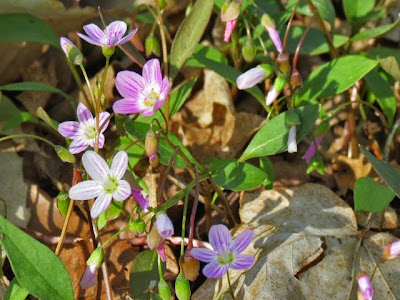 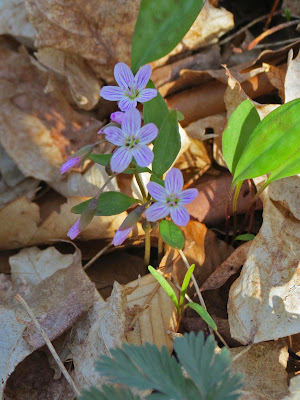 Even during my queen’s reign, she has competitors. In creeks and ditches this time of year, bright yellow marsh marigolds – our darling cowslips! – are also having their day. 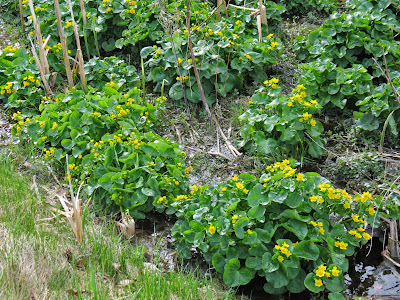 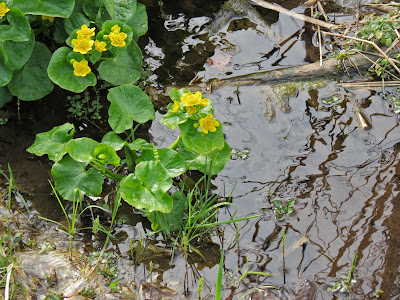 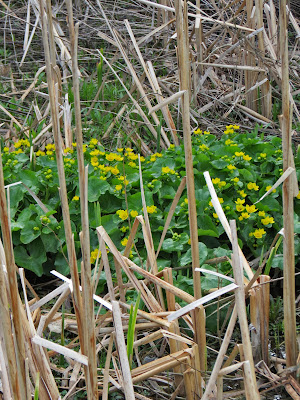 My also-beloved cowslips, though, I can spot from the road, driving by. The ones you see above are just south of Fischer's Happy Hour Tavern on M-22. Trout lily, on the other hand, must be patiently sought after, on foot. A first survey of the woods floor from the edge of the trees reveals few flowers in bloom, and it would be easy to turn away and go no farther. 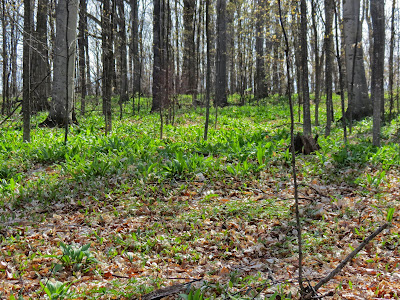 Her kingdom is hidden away. The days of her reign are few. Her favors must be won. Yes, she is definitely my queen of the woods this week in northern Michigan. 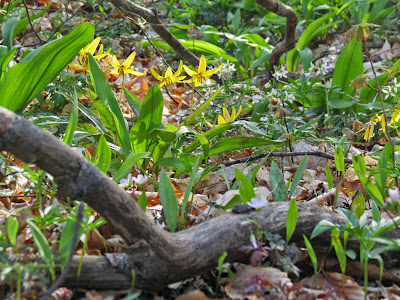 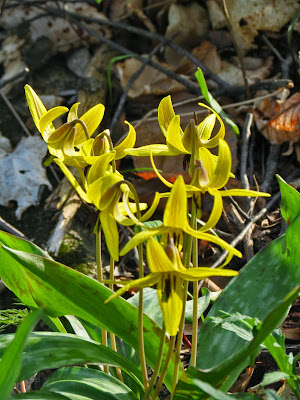